This map illustrates bike crash information from the ICBC website. ICBC counted the crashes involving people on bikes for five years, from 2015 to 2019. Red indicates multiple crashes in the same space. Orange indicates fewer crashes along a route. The pdf file below includes actual counts at different locations. Marine Drive and Main Street are high injury locations. No surprises there. But so was lower Chesterfield, which is surprising. The .pdf file below lists all the locations where crashes took place in North Vancouver. 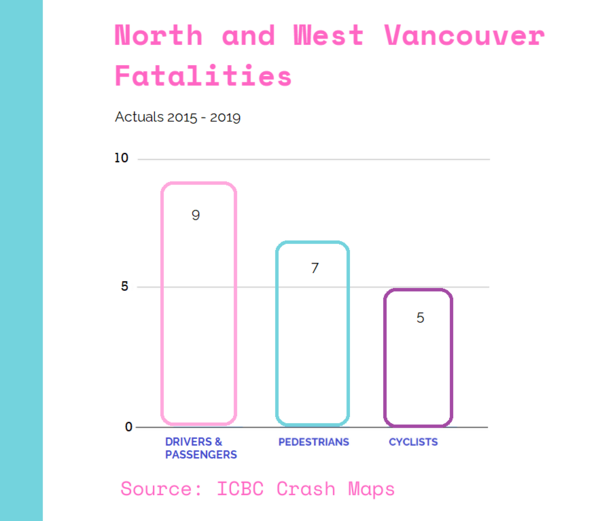 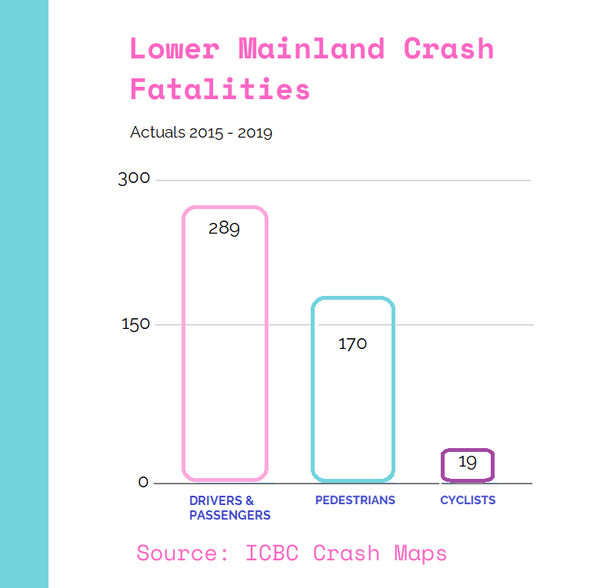